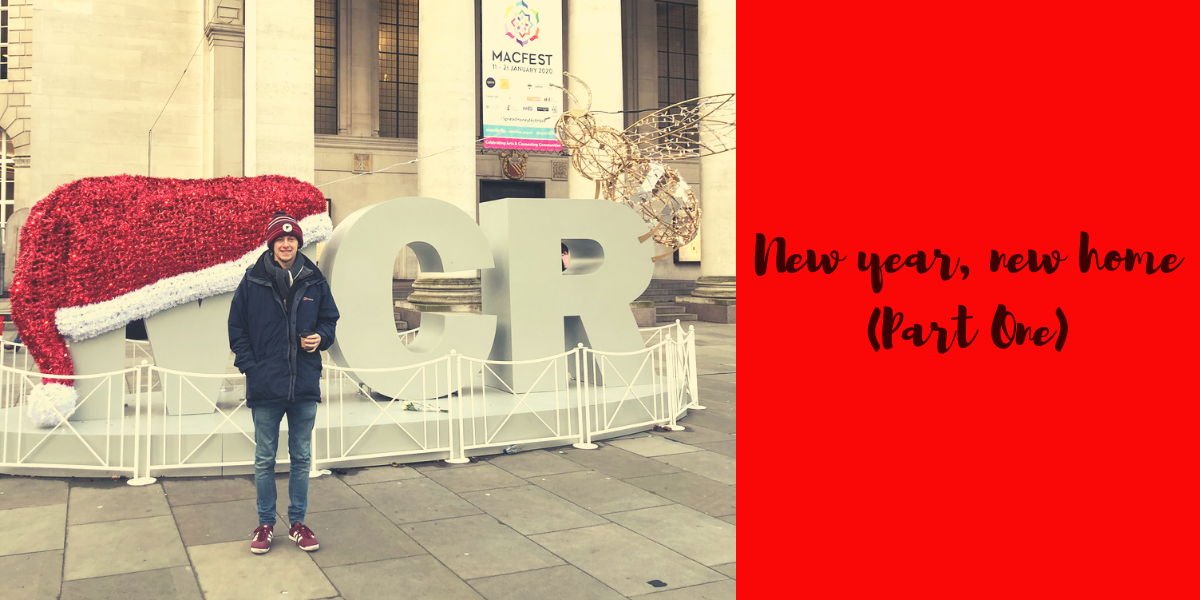 If you’ve read my resolutions for a new decade post, you’ll know that I have a lot planned for this year. I want new opportunities and adventures, but I also need some stability in terms of a job, money, health and being closer to my family. None of which I have found in Sheffield. So, we are moving!

Many of you will already know that Jonas and I live together. Back in July, we moved into a huge, old, rundown house. We painted it top to bottom, decorated, cleared out the garden and my parents loaned me the money to buy furniture and other things we needed (yay for IKEA). And then I filled it with plants.

We’ve been lucky in many ways because we didn’t pay a deposit, only had a monthly contract and have had 4 enormous rooms to turn into our own. However, we knew we’d only last 6-12 months here. The walls are extremely thin, sandwiched between two noisy student houses, we have no access to the cellar or loft, there are holes and gaps in every wall, making the house absolutely freezing most of the time… the list of negatives goes on.

For this year, we both wanted new adventures, better jobs and bigger opportunities and unfortunately, Sheffield just can’t offer them to us. Family and friends will know that Sheffield has been both my home, and one of my favourite cities, for a number of years, but it is rapidly changing and it feels so strongly centred on the universities these days. And unless you drink and party, it doesn’t feel as if there’s much going on.

So we knew we’d have to move.

We looked at Leeds, Nottingham, Manchester and Liverpool, but nothing really pulled us to any of them. We weren’t receiving job interviews, houses looked poor quality for crazy prices and the train systems aren’t great, and we didn’t want to have to worry about that. We gave up looking for about 6 weeks, worried that we wouldn’t be able to find anything, or afford it, but quickly realised we weren’t too happy in our current situation with jobs, the house and my health.

Eventually, we settled on Manchester (if you know me, you know I’m not keen on the city, so this may come as a surprise!).

My three reasons for this are:

For Jonas, he’s pretty laid back and although he would have preferred to move to Leeds, I think he’s coming around to all of the new adventures Manchester could offer us. Plus it’s much closer to all of the Welsh castles he wants to visit!

Looking for a house was tough. For weeks we saw nothing decent, or suitable, or affordable, and in the week we found 10 properties they were all gone before we could get to Manchester to view them. In the run up to Christmas, you know how it is, we had family to visit, presents to buy, the bills increase and we knew we couldn’t afford to travel back and forth every day for house viewings.

Eventually we picked a day, Monday 16th December, and managed to arrange four viewings. I knew I wanted to pick one of the properties on the day just to get it over with and know we were moving. The first apartment looked really promising from the advert, and I was convinced that would be our new home.

Ha! It was a studio, rather than the one bed it was advertised as, and it smelt disgusting. It was like a box and we knew immediately that it wasn’t for us.

We rushed across to Salford to the second apartment, which was bigger, brighter but mouldy, smelly and next to a massive motorway. It felt unloved and had a lot of damages. Another no.

So we rushed up to the very north point of Salford, bordering Prestwich, to view a smaller, darker apartment but in a much nicer area, although the first two were both in ideal locations. We liked the landlord, we couldn’t see any mould or damages, and there was a patch of grass out the front. As soon as we left we started to discuss whether that could be our new home.

Finally, and with a bit of time to spare, we made our way back into the city centre for our last viewing. We stopped off for coffee at Black Sheep, wandered through the Christmas markets and then found the bus we needed down to Fallowfield. 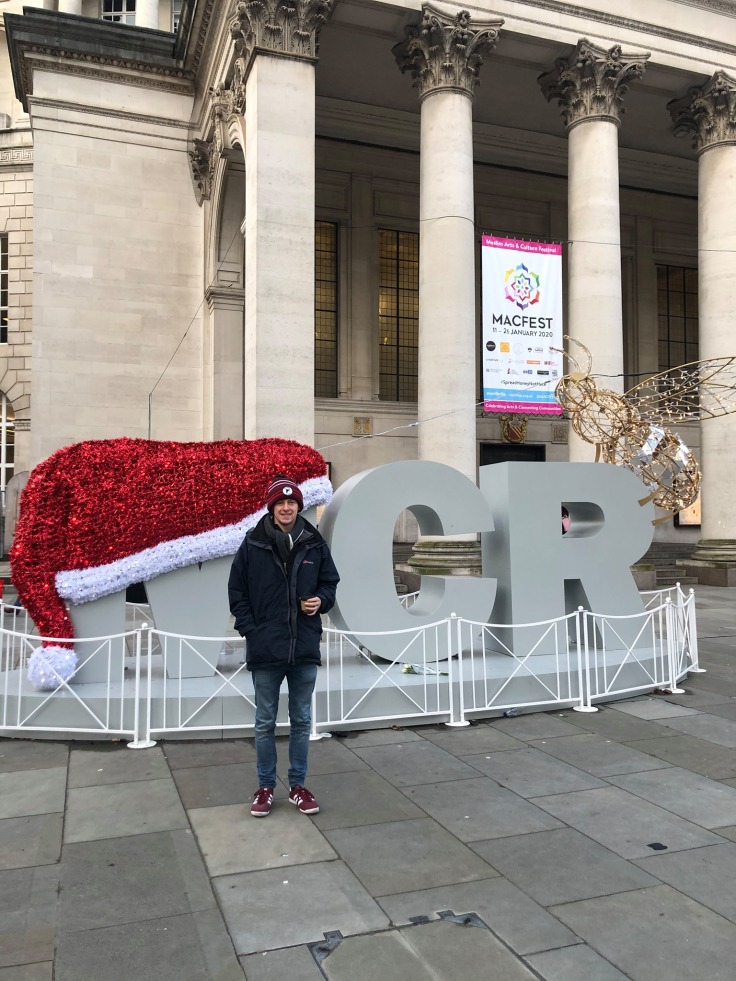 Our journey down there was enough for us to realise we wouldn’t be moving there. It is primarily a student area, and that was more than obvious. It felt dirty, rundown and completely overcrowded (and actually reminded me of being back in Luton, without the childhood, family memories). The flag we saw would have been rented to us for 10 weeks only, which could have given us time to find somewhere else, but it smelt of smoke and the bills were quite pricey because she had sky, TV and gas heating.

It was a lovely little flat, but she mentioned that the students around her partied once or twice a week and often ignored her requests to turn their music down. I knew I couldn’t deal with that all over again.

It had been a long day, we had a lot to think about and we were starving so we journeyed back into the centre, squashed in by school and college students, and treated ourselves to dinner at Wahaca (if you haven’t been, you must go!)

We knew straight away that flat one and four were out of the question, and two was an instant no for me – thankfully the traffic was a big negative for Jonas so we didn’t have to argue about that either. That left us with number three. There were no negatives to it, but we weren’t in love with it either. By the end of the train journey home we realised that we’d chosen the most ridiculous house to live in since July and couldn’t quite believe how fussy we were being this time. We decided to go ahead and try and grab flat three, before we lost our chance.

The landlord sent us a list of ‘next steps’ and had a lot to get through. Our current landlord wanted us to pay extra rent, despite the contract stating x, y and z. We had to get references from our landlord and our employers, scan and email loads of documents and send a deposit. It took us ages to receive a reference from our landlord, especially as he refuses to answer my phone calls, texts and emails, which meant Jonas had to chase him up! #stressed

Finally, on the Friday before Christmas, we were able to put down a deposit and secure the flat! The nerves faded, excitement kicked in and we were able to enjoy Christmas without worrying for a week.

This will be my first ‘big’ move as anything before this meant moving with my family, or with my mum’s help driving. It’s also the first time I’ve owned any furniture (and we’ve just bought a bed!) and rented a house with a real contract (lol!) so it’s safe to say I’m really nervous and have underestimated the costs by a fair bit.

What’s the biggest move you’ve done? Were you nervous?

Did anything go wrong, or do you have any funny memories from moving?