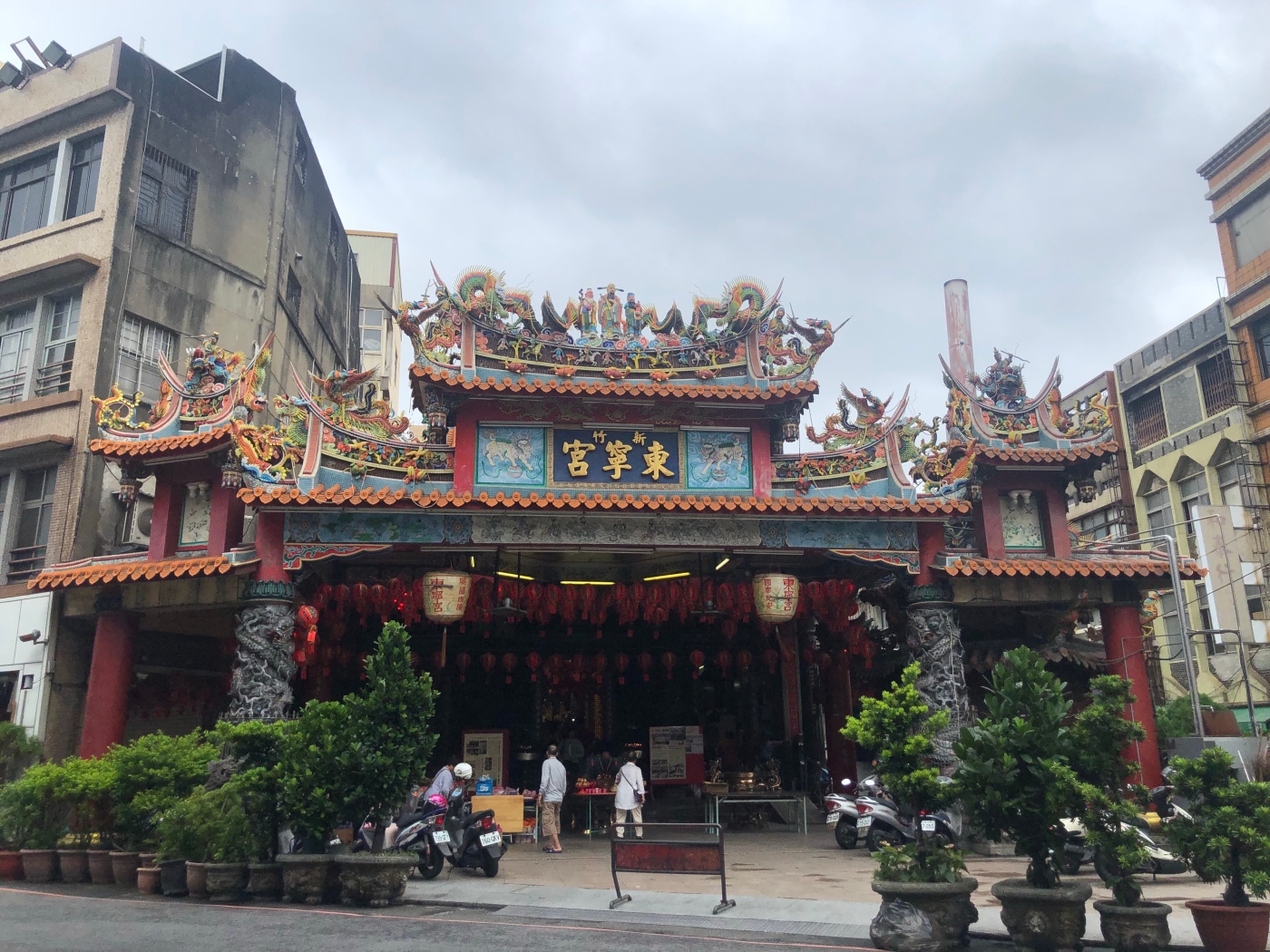 I’ve been putting off this blog post for a few days now because, honestly, it wasn’t going to be in the least bit positive.

I started to write it on my way to work earlier but then I stepped in a massive pile of dog s— and wow was I angry. I was livid, fuming, ready to explode with anger. And work wasn’t exactly a calm house either.

I’ve already blogged about Taipei, so you can read about how my week started over there. On Tuesday I didn’t really know what the hell to do with my life, so I took a really, really long walk to a coffee shop I’d not visited yet. It was on ‘my’ side of the train tracks and fairly close to the school. When I first walked passed it I thought the prices were so expensive, but after walking for nearly two hours I thought I’d better just sit down and rest. 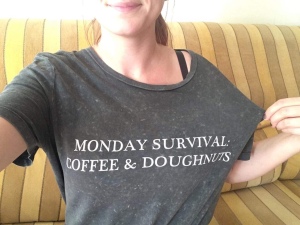 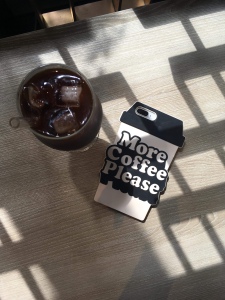 I’m glad I did because the cafe was lovely and quiet and the coffee was delicious! (An average price of NT$120) Afterwards I walked to work through the Hsinchu park, which I hadn’t realised was so beautiful. It felt so relaxing to meander through the trees and flowers. Definitely a better walk than the manic main road I usually walk along. 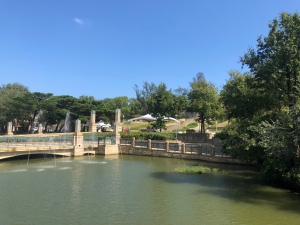 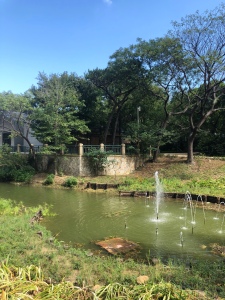 Work was awful and I left feeling completely deflated. What the hell am I doing here? I spent ages (unpaid) planning after work, missed a bus and by the time I got home the noodle bar next door had shut for the night. Everything just kept getting worse by the hour. It took me hours to finally calm down and fall asleep.

Oh. For your amusement, one of my students congratulated me on being pregnant. Yay!

Wednesday, sigh. I didn’t sleep well and decided not to go out in the morning. Instead, I stayed in bed and created some October tracker pages in my scrapbook. I created a mood and coffee tracker and I’m so pleased with them. Work was another stressful, irritating day. It absolutely poured down all day. I got completely soaked going to and from work so in the end I treated myself by putting some Primark nails on. Yippeeee! 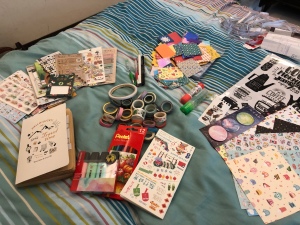 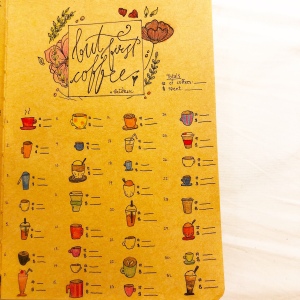 Thursday was ultimately better. I got to sleep in, draw, read a little but I also met up with my friend Kimm and her little girl Gwen (she is seriously so, so cute!). We were supposed to get waffles but the place didn’t open, so instead we went to The Diner. Heellooooo Caesar salad and amazing blueberry and banana smoothie. I managed to head back home for an hour to relax, before heading back to work. Again, another seriously stressful ordeal. 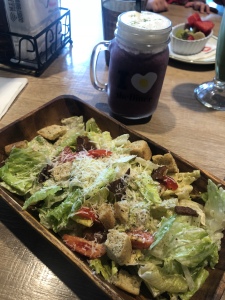 As I did in China (pretty much every day) when I wasn’t feeling myself, I went to Starbucks with my iPad and headphones, and tried to escape. I was just so unhappy and really unsure about being here.

I had planned to meet a new friend for coffee before she went to work, so I got up at 7 to get ready etc and when I went to the bus stop not a single one passed. Not one. I waited for 25 minutes, knowing I was going to be late, before walking down the the train station. For some reason I had the wrong timetable so I ended up waiting an extra 20 minutes for the train. 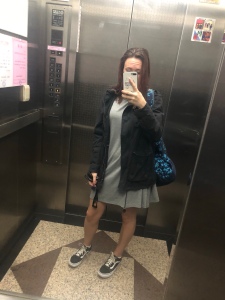 By the time the train left it was 9:11 and I should have been at the cafe at 9. My friend said not to worry, but let’s meet another time instead. I was annoyed at being so late and even more annoyed when I got off at the wrong stop. I heard Hsinchu on the loudspeaker but didn’t realise it was NORTH Hsinchu. This morning was just getting worse.

I decided to rent a uBike and cycle into the city, which was actually lovely. But at 9:30am not a lot was open and I was getting irritable. It starting pouring with rain and I started crying. Absolutely nothing felt right this week. I knew if I went home I would never come back out to work. So I sat in Starbucks and tried to write. I tried to read and write and plan but I just couldn’t. 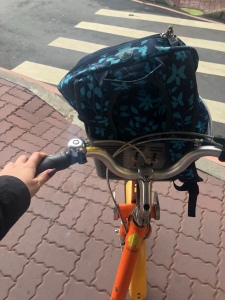 I really felt like I had hit rock bottom.

I went on the free bus to the double shopping mall and wandered around like a lost sheep. I had Chun Shui Tang for lunch before heading into work, where any sense of calm I had achieve quickly diminished. 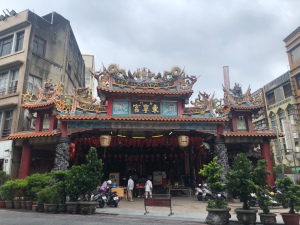 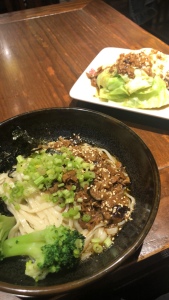 After work I took a long walk around the local area, heading towards the train station but taking my time, before eventually coming home. My housemates had guests so I did in my room. Earplugs in, headphones on, trying to fall asleep as quickly as possible.

This morning, Saturday, I woke up with the most horrific headache. I’m assuming that’s what a migraine feels like as I could barely move. I put my earplugs back in and ended up sleeping for an extra three hours. Nine hours of sleep! I must be ill.

Eventually I woke up to read and then decided to get my eyes checked. I’ve been worrying that maybe the headaches are because my glasses need changing.

There’s an opticians just a minute walk from my flat so I went there and asked the man if he spoke English? To which he quickly responded ‘bu hui, bu hui’ (can’t) poor sod. So I tried my best in Chinese. Wo yao jian cha wo de yan jing – I want to have an eye check up.

I must have said it correctly because he ushered me through the door and into the little check up room with the big machine and the eye chart. I thought, bloody hell he’s going to charge me a fortune, that’s why he wants me to sit down first? But when I asked him again how much it was, he said it was free!

So he did all the checks, which way is the E facing, which colour is clearer etc. I’m telling you guys, this hurt my brain. To think so quickly in Chinese, despite it being simple tasks, wow.

In the end I came away with a huge discount on contact lenses and I’ve found an optician I feel comfortable with. I know that in any foreign country it’s a nightmare finding a doctor, dentist and optician that you’re happy with, so at least I’ve found 1/3.

I needed to find a fruit market, so I wandered around the backstreets near my flat and found all these random cafes and restaurants I’d not seen before. I passed a cafe courtyard full of succulents and it just looked too cute to walk past!

To my sheer delight, they served WAAAFFFFLLLLESSSSSSS!!!! 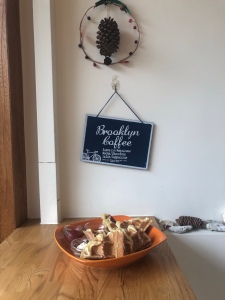 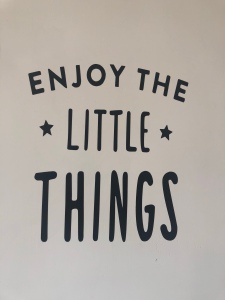 Hot coffee and hot waffles with maple syrup, surround by plants and cute quotes. I was in heaven. It was so wonderful and the lady serving had a menu in English, and also spoke a few words too. The atmosphere was so perfect and I finally, finally felt my mood lifting.

The fruit market was extortionate – where the hell am I going to buy fruit? So I went home to read for a little while before going to work, again.

This takes us back to the top of the page where my happy mood is ruined by dog shit.

After work I walked to the train station and sat overlooking the park, watching the sky change colour before sunset and really trying to reflect on this past week. It’s been so challenging for many reasons and I’d like not to carry that into next week. 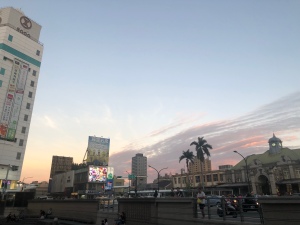 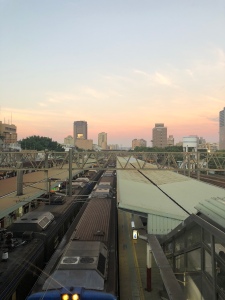 As I sit writing this fairly tainted blog post for my fourth week here, I’ve just finished FaceTiming my favourite little lady and my cousin, I’m sat here with a bag of crisps, a bottle of corona and I’m in my absolutely massive West Ham shirt and I am absolutely over the moon that we beat that damn red team. I’ve never liked them. I never will. I’m so happy that the stream lasted 74 minutes and I watched most of the game. 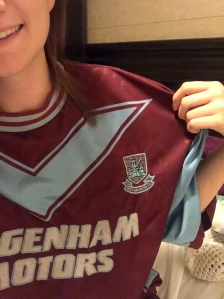 And it’s only 9:30 so I have plenty of time left to read. Or draw, paint, sing, dance, or whatever I want to do – as my housemates are away for the weekend.

*please note: none of the above activities mentioned are done with any sense of skill. 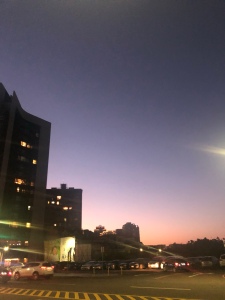