Since it’s Monday, now’s the perfect time to reflect on the weekend, amiright?

I wish every weekend was as wonderful as the one just gone.
Since I’ve only got a week (ish) left in England, some of my students wanted to organise a day together as a thank you / goodbye for me.

I’m not going to lie when I say my anxiety kicked in. I thought of all the millions of things that could go wrong, such as, they’ll realise I’m actually a complete moron, I’m the world’s fussiest eater, I’m not at all funny, I’m really lame, I’m totally boring…

Thanks for that little visit anxiety.

I had absolutely nothing to worry about.

We met for breakfast in this tiny, but amazing, Mediterranean cafe and had huge plates of falafel, hummous, breads and really delicious tea! We sat for about 2 hours just relaxing and eating – I wish every day started off that way! 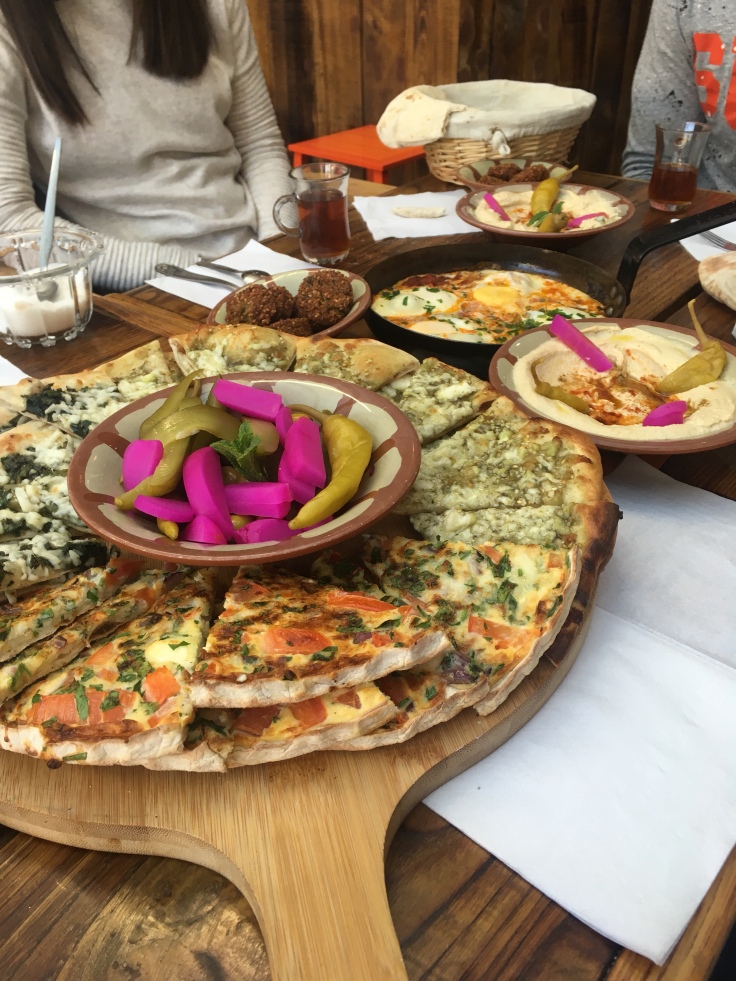 We took a bus over to Poole (it took an hour!) but the weather was absolutely gorgeous, which meant walking around the town centre and along the harbor was just lovely! And much to two of the boys’ disgust, we went into the local museum. They weren’t impressed, which made us giggle like school girls. 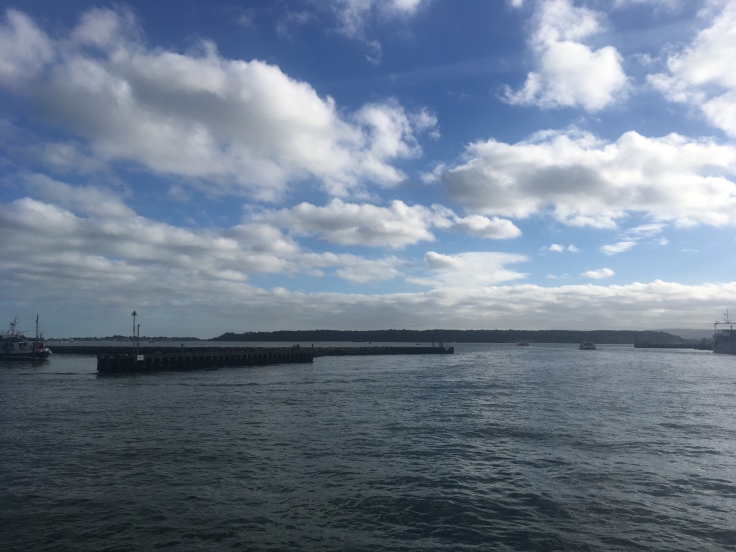 I enjoyed it! But I’ve also been there before. It’s four floors of history about Poole, the harbor and has lots of artifacts and pictures – some of them are really, really, old!

Due to our trip to the museum we missed the last boat of the day, and that was probably the only disappointment of the day, since the skies were clear blue and none of us had been on a boat trip in absolutely years! Thankfully the boys rescued us with their AMAZING Arabic coffee – I’m completely in love with that stuff and really need to find out where I can buy some so I can make it at home.

We sat under one of the gazebos, drinking coffee, eating chocolate and laughing about the most random of things. It was such a calm, simple 30 minutes but it was perfect!

Since we missed the boat, and the guys didn’t want to play crazy golf, we decided to head back to Bournemouth so we could go bowling! I haven’t been in years and since the new place opened in the centre it made it really convenient. After Ahmed and I totally smashed the others at table football, we had two extremely competitive games of bowling!

Thankfully I won the first game (huge surprise! I’m usually terrible!) and the second game I was, true to my normal standards, absolutely awful. It didn’t matter at all because we all had some terrible goes, a few spares each, but mostly it was just such fun. We laughed almost the entire time we were playing, despite the obvious competitive streak some of us have!

It wasn’t late enough for dinner once we’d finished but we all agreed on one thing, we needed coffee. We sat on the balcony at Aruba for about 2 and a half hours just talking about everything and nothing. Families, football, travelling, languages – everything!

I’m still processing some of the things I learnt that day. I learnt so much about Spain and Saudi Arabia and it’s all so fascinating – we could have talked for another few days about it all and it still wouldn’t have been enough!

Dinner was the same – we barely stopped talking! Pizza Express was extremely impressive and we all shared pastas and pizza – delicious food! We sat until nearly 11pm, until the restaurant was closing. I’d never thought it was possible to spend 12 hours with people without running out of things to say, but it is! 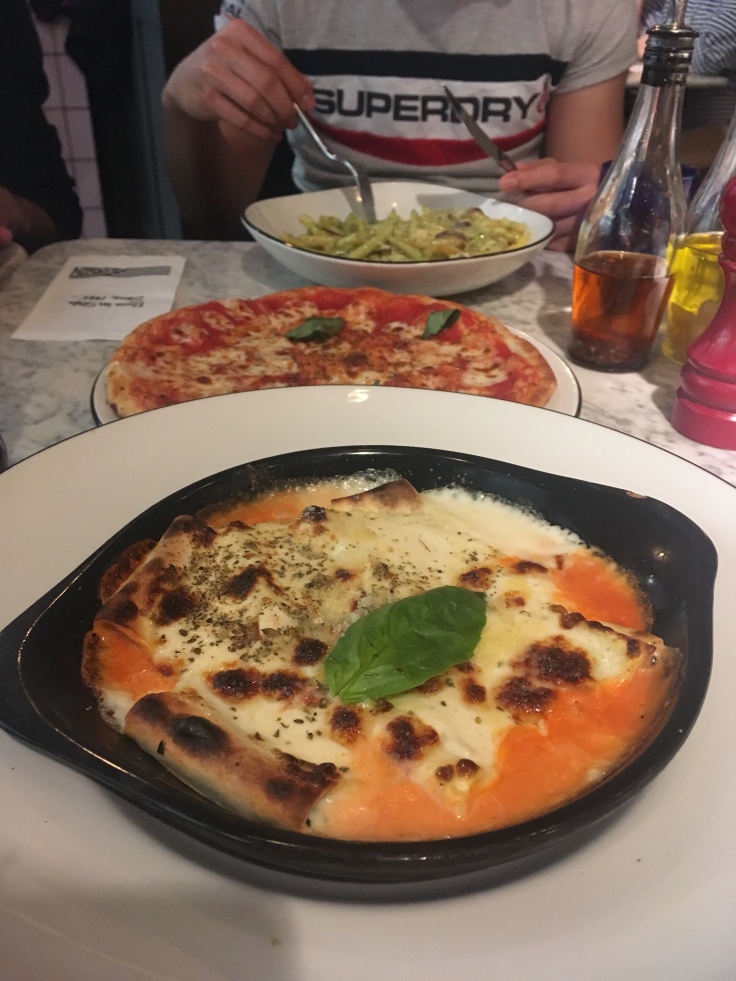 I honestly wasn’t ready for the day to end and I can only say how much I wish every Saturday was just like that.

For once, I wasn’t teaching (well, not really), I was listening, learning, being taught new things! I haven’t enough words to say how grateful I am for everything that happened on Saturday.

It’s been hard to socialize lately. Friends have moved away, or they work full time, or they’re not free until I’m finally home relaxing or without the car. Which made this day even more amazing that my students took time to plan a day out with me.

Plus Laura got me this adorable mug!

Thank you so, so much guys.

One thought on “When the teacher becomes the student.”